Bilingual math skills usually might indicate learning of numbers. Of course, your students will learn numbers in a math class.

However, learning bilingual math is beyond teaching them to count. Especially for bilingual learners, the way your students acquire language is just as important as learning math.

While there are many instructional methods to teach bilingual math, your students grasp math concepts in one language more than another. So, implementing a teaching strategy might require multiple ways to use bilingual math skills.

Most likely, young bilinguals learn basic mathematical concepts before becoming proficient in a second language. As students become comfortable with a new language, previous math concepts remain in a brain’s prior knowledge database.

Even though students use visual representation often in solving math problems, language skills are still relevant. In some cases, students translate word problems to make sense of the wording.

This type of answering math word problems might create a delay in responses. That is, thinking in a native language leads to students to solve math problems in that language.

Furthermore, studies indicate that the way your students learned math originally contributes to solving math problems. For instance, bilingual learners’ cognitive abilities might use different areas of the brain to solve math problems.

Regardless, teaching bilingual learners requires a different point of view. Most students learn basic math concepts in one language, which becomes an integral part of learning math.

Logically, young children, as they learn more fundamental math, use their native language to solve more challenging math problems. As they become bilinguals, they retain that initial learning in basic math.

However, when they encounter math in a bilingual setting, these students will use their acquired language. A common misconception is that bilingual learners will use their native language at any point in their lives.

However, Dr. Wicha explored the brain activities of young adults that learned Spanish at an early age as their native language. Then, they learned English as a second language.

However, there were many differences when solving word problems. Many individuals used their acquired language to solve the problem, not necessarily their native language.

What type of teaching strategies are useful to generate success?

Usually, creating various learning activities can increase the opportunities for all students to learn in different ways. But, for bilingual learners, gathering math skills is different.

Many of these techniques rely on using scaffolding, technology, and language to engage them into building math skills.

Barbara is the creator of Spanish4Kiddos Educational Services, supporting teachers and educators with bilingual learning resources in English and Spanish. As a content creator, she designs and writes K-12 learning materials. View all posts by Barbara Mascareno

Get your Free Preschool Learning Worksheets when you sign up. 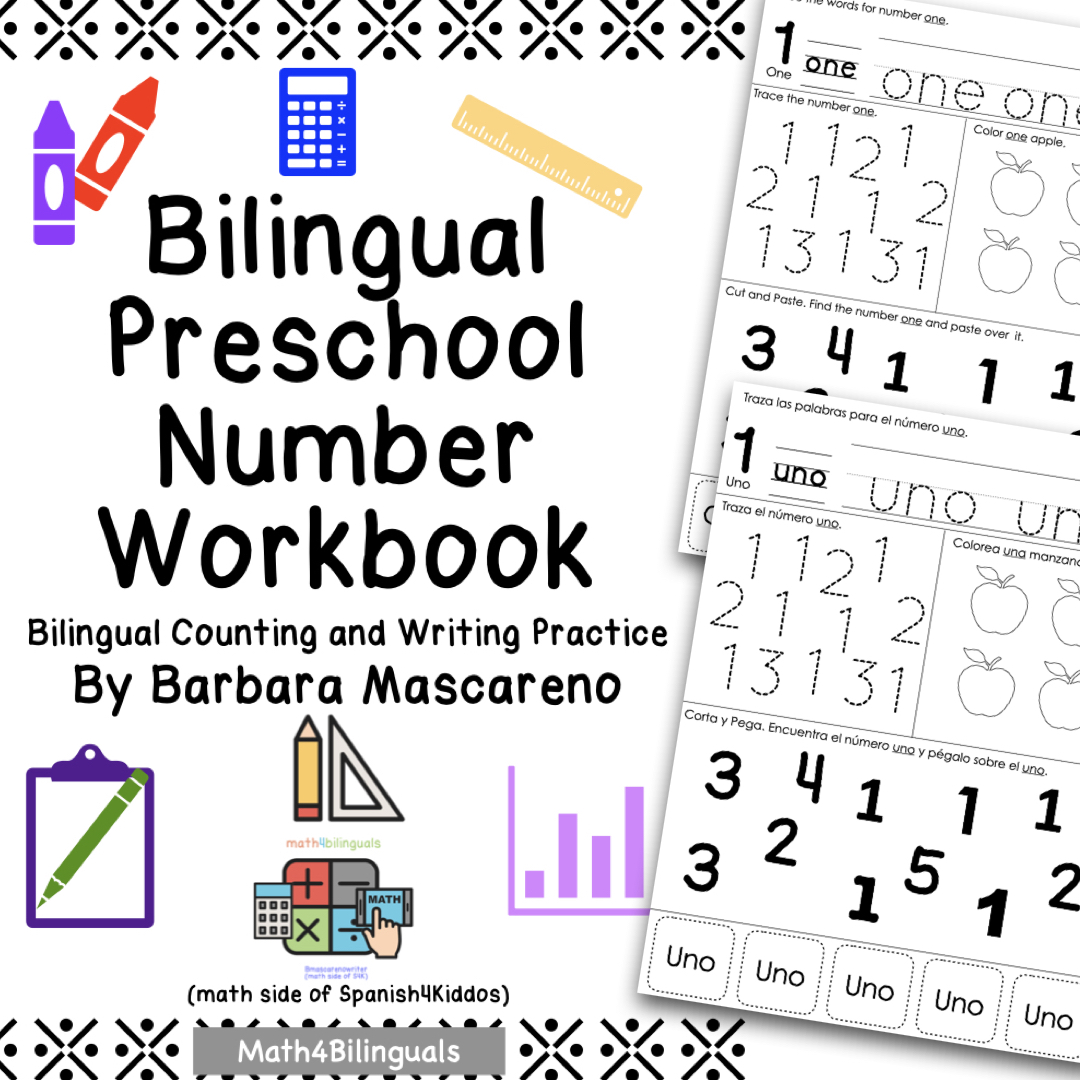 NOTE:  Bmascarenowriter | Math4Bilinguals website does not earn any commissions from ads displayed on this site. To modify your view to better read the posts, please see your web browser or cookies. I appreciate your support.